Already several months in the making and having completed my first production milestone, I can now introduce the follow-up to my  Enhanced Weapons Pack DLC for Game Guru.

This will be a seperate pack which expands upon the content of the first pack while preserving continuity of aesthetic.  In other words, these new weapons will be usable in your games alongside those from the original EWP without looking missmatched.  They will utilize the same Hand/Arm models and will be compatible with player arm textures made for the original EWP.  EWP2 may or may not be released as Steam DLC for GG.  I need to discuss it with TGC.

EWP2 is currently estimated for release in Q2 2020

Presently, I have completed principal preparation of the player weapon models.  They have been built, unwrapped, and have received an initial texturing pass.  Next will come the rigging and animation with initial GG setup and in-engine tests.  Once that is out of the way, I’ll then move to audio production and then to lowpoly world models.  Along the way, I anticipate several iterative and polish passes in bringing the assets to my standards.  I also anticipate unknown issues popping up here and there with GG although I feel like most of the kinks were worked out during the production of the original EWP.

Note: Release timeline has been moved back from initial estimations of Q1 2020.

Previously, I had been able to embed p3d viewers directly into the page.  Unfortunately, that seems to no longer be the case.  Likely, this is due wordpress trying to encourage a service subscription upgrade.  Instead, when clicking on the below images you will be taken to the p3d.in viewer where you can preview the assets in 3D.

Note: As this is a work in progress, content is subject to change prior to release. 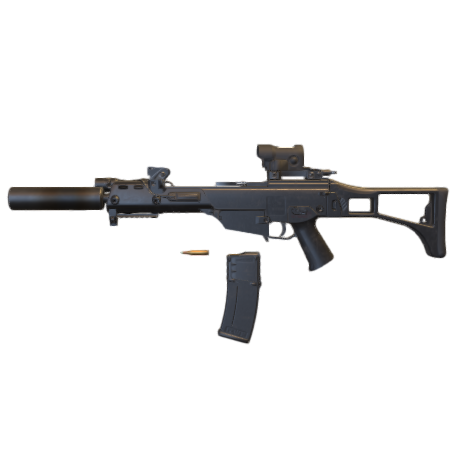 C36SD
A G36C clone with suppressor, red dot sight, flashlight, and select-fire capability.  Essentially, a sleeker and stealthier alternative to the Mk18 form the original EWP. 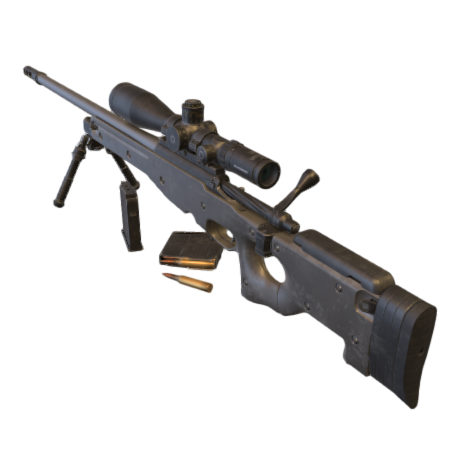 LM338
A sniper rifle based loosely on the US Mk13 Mod5 with a Model 700 pattern receiver and AICS stock. It utilizes a high powered optic which is planned to use GG firemode switching for toggling between medium and long range zoom levels. 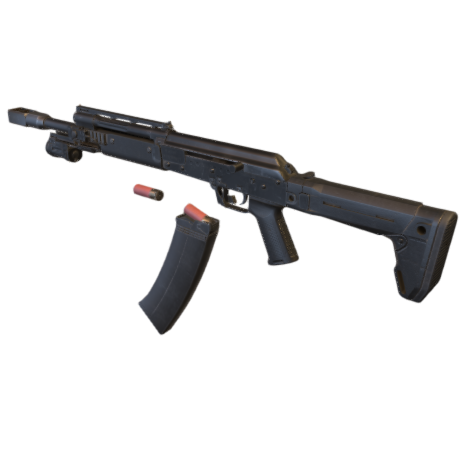 S-12K
A select-fire automatic shotgun based on a mashup of the Saiga 12, Lynx, etc. style with a flashlight and various other aftermarket accessories.  Potentially overpowered. 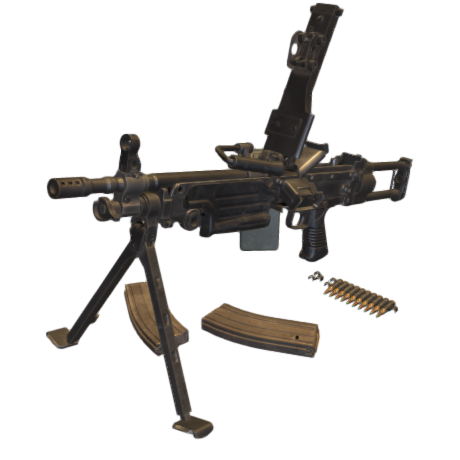 Minimi Para
I’ve yet to come up with a safe-usage name for this one but it’s based on an earlier generation FN Minimi Para LMG.  I would like to use the alternate firemode system to enable switching between linked ammunition belt and STANAG magazine feeding and utilizing separate ammo pools as appropriate.  By itself, I don’t think it should be a problem but I’m not sure it will play well with the GG system designed to visually deplete remaining ammo (allows the belted ammo to visually be consumed as you empty the gun). 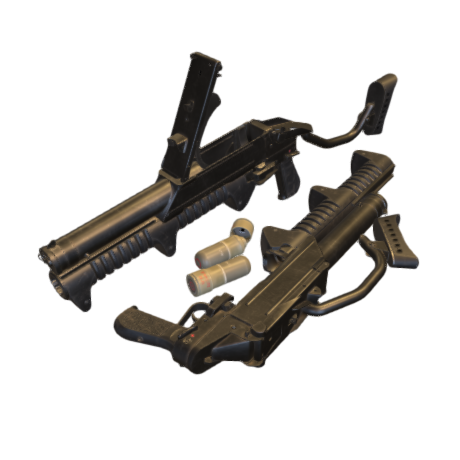 LPO-97
LPO-97 is the Russian military designation for the GM-94 43mm grenade launcher.  This is a multi-shot, pump-action repeater firing non-fragmenting explosive projectiles.  Well suited for clearing rooms yet relatively safe for use in close quarters. 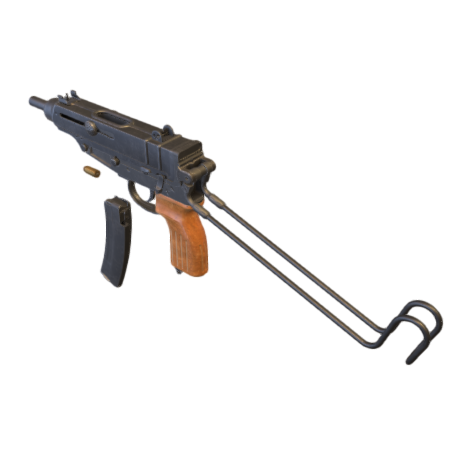 vz.61 Skorpion
Another one I’ve yet to come up with a clever name for.  This is a classic, small-calibre, machine pistol. I will be setting this one up to fire only in full-auto.  However, I will utilize GG’s alternate fire system to allow changing between use with the wire stock folded or deployed.  These modes will incorporate appropriate stat and handling characteristic changes. 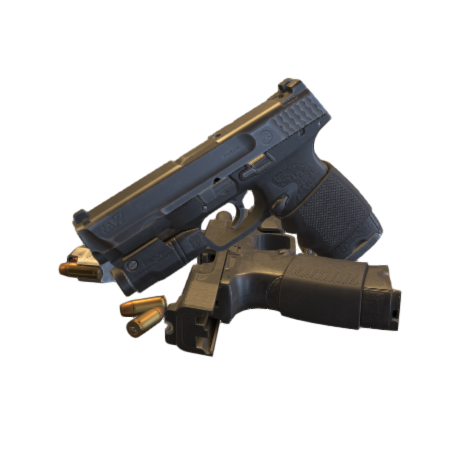 SP-40
Loosely based on the S&W M&P line of striker-fired pistols.  When compared to the EWP Mk19T, this handgun will be less powerful but faster firing and with a greater magazine capacity.  It is accessorized with a flashlight and luminous front sight. 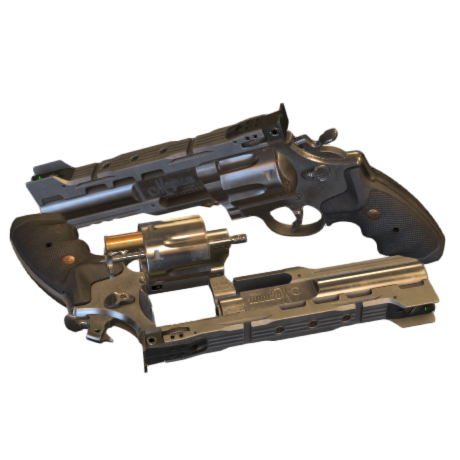 M-29 PPC
A marginally more powerful sibling to the M-29S found in the original EWP.  Visually, this weapon draws inspiration from the highly modified competition revolvers of the ’60s to ’80s and incorporates more contemporary elements such at the under-barrel accessory rail and luminous front sight. 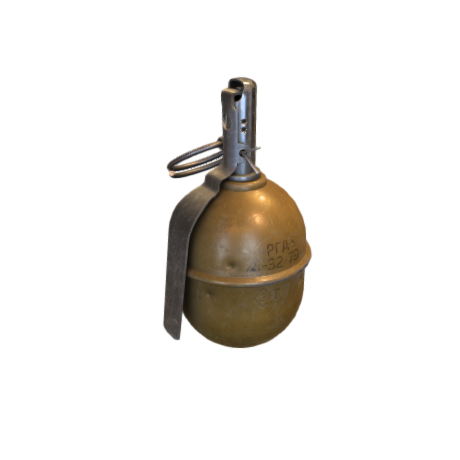 RGD-5
A basic Russian hand grenade as might be found in virtually any conflict zone on the planet.  Comparable to the M-67 from the original EWP but with a more concentrated area of effect and an alternate aesthetic which may be more appropriate depending on where your game takes place. 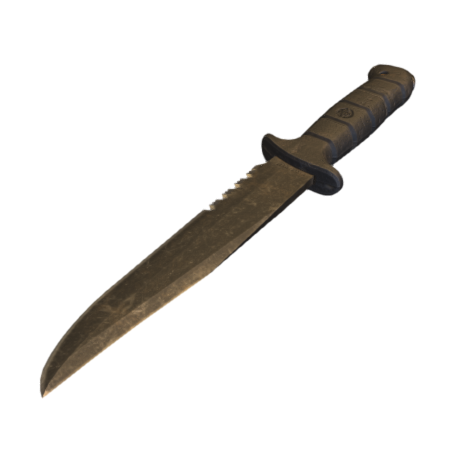 Combat Knife
This last one is a fairly generic fixed-blade combat knife not based on any one particular design.  Compared to the B-810 tactical folder found in the original EWP, this knife will be more powerful and have slightly more reach but with marginally slower attack speed.

This concludes our first look at Enhanced Weapons Pack 2.  If you would like to follow the development of this asset pack, in addition to this site, please subscribe to my YouTube Channel where I will be posting animation tests and such once I’m a bit further along in development.  If you have questions or comments, please use the comment section below.  I will do my best to provide accurate responses to inquiries and assemble a FAQ if needed.